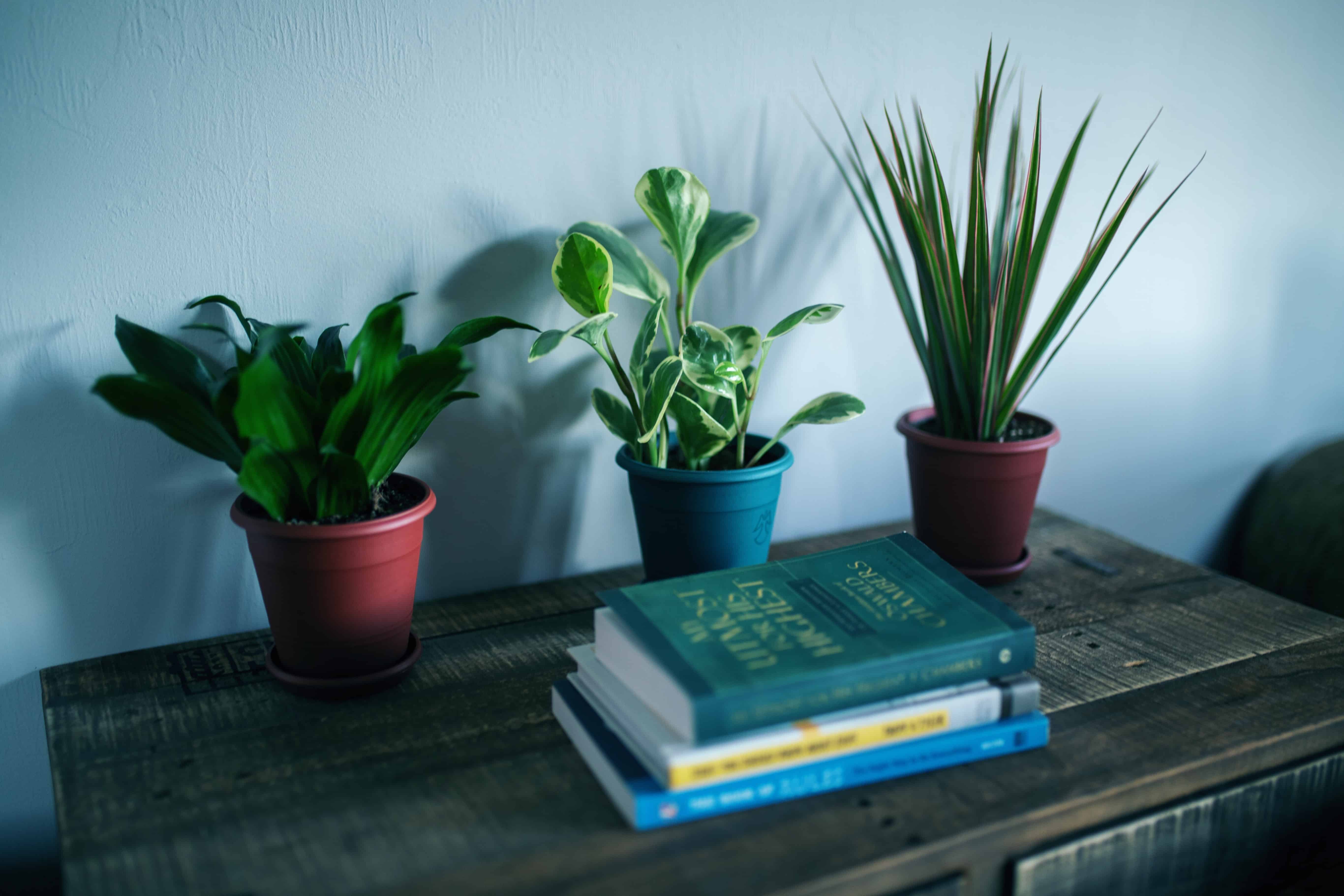 If you have a fungus gnat problem you’ll definitely want to continue reading this article, especially if you want to know how to get rid of fungus gnats in houseplants once and for all.

Fungus gnats are a very common and annoying houseplant pest that occurs in most indoor gardens. You’ll usually see the adults flying around your house especially near windows, and other bright objects. They are also attracted to the carbon dioxide in your breath, so you might even see them buzzing around your face. Yuck!

What Is A Fungus Gnat

Fungus gnats (Sciaridae) are a small insect that thrives amongst houseplants on the surface of the soil. They are attracted to the moisture in the potting soil to lay their eggs. They are also drawn to the soil to feed on fungus, mold, and other organic matter.

Fungus gnats can be found all over the world, even in extreme habitats such as the arctic circle. Most species live in moist areas like swamps and meadows, where they tend to live in low light conditions in the dappled shade of dense foliage.

They are usually introduced to an area by drifting on the wind, or they can hitch a ride on dead wood, and they often infest potted plants via hummus or through unsterilized soil.

Fungus gnat larvae are very small and they have a black head with a long off-white or transparent body. They can sometimes be seen on the surface of the soil but they usually hide in the complex pore structure of damp potting soil.

Fungus gnats are not very effective fliers and they tend to fly erratically and drift on air currents. That poor flying ability makes it hard for them to fly in a room with a small fan or an air conditioner.

If you’re having trouble with fungus gnats buzzing around your face you can use their poor flying skills to your advantage. A small breeze will usually limit their ability to fly, and it can also help prevent them from tracking the carbon dioxide in your breath as you exhale.

Fungus gnats can lay up to 200-300 eggs in their lifetime. Their eggs usually hatch in 4 to 6 days, and the larvae will begin to feed on mold and other organic matter in the soil. The larvae will develop into adults 3 to 4 days later, and they will begin to search out mates and start the cycle all over. The full lifespan of a fungus gnat will usually last no longer than 1 to 4 weeks depending on the temperature of their environment.

Fungus gnats are generally harmless to humans since they are a non-biting insect, but they can be a real annoyance. In their larval stage, they can cause damage to young plants when they feed on their delicate underdeveloped root systems.

Symptoms of fungus gnat damage in plants include wilting, stunted growth, yellowing, and loss of vigor. A severe fungus gnat infestation can even lead to the death of a plant, but this is more common in young plants and cuttings.

Fungus gnats will spread mold and moss spores from one potted plant to another, which can spread diseases like “damping off“, and other mold-related disorders.

There are also some species of plants listed below that are especially prone to fungus gnat injury.

How Do You Get Rid of Fungus Gnats in Houseplants

You can use Neem Oil (Buy Online) to remove gnats from houseplants. Neem oil contains azadirachtin, which is a mild organic insecticide that’s safe for plants, humans, and the environment.

A deep soil drench using a dilute solution of Neem oil is the most effective way to control fungus gnat larvae. If you have a heavy infestation of fungus gnats multiple treatments every 5 to 6 days might be necessary to totally eradicate the problem.

Yellow Sticky Traps (Buy Online) are usually placed at the surface of the soil to capture adult fungus gnats before they can lay their eggs. The gnats are drawn to the bright yellow color of the fungus gnat trap, and when they bump into the trap they get stuck on the sticky surface.

You can also make your own fungus gnat traps with some Vaseline and thick bright yellow paper. All you need to do is cut out some small squares of the yellow paper and smear a thin layer of Vaseline on it to capture the gnats in the petroleum jelly.

Fungus Gnat Insecticides (Buy Online) are the best option if you want to solve your fungus gnat problem quickly. Most insecticides will work differently on adults and larvae. In most cases it’s a good idea to target the larval stage since once they fully develop it can be harder to control a fungus gnat problem.

If you need to kill the adults they usually emerge from the top layer of the soil, so you can apply an insecticide that kills adults right on the surface of the soil.

You won’t need to spray the insecticide onto the plant itself since the gnats rarely venture onto a plant’s foliage, and they typically stay near the soil where they feed on the plant’s roots, algae, and mold.

If you are looking for an effective insecticide that will remove gnats from houseplants immediately and prevent them from returning, look for products that list permethrin, cyfluthrin, lambdacyhalothrin, and bifenthrin, as their primary ingredients.

How to Get Rid of Fungus Gnats in Houseplants

Nema Globe Pot Popper (Buy Online) contains parasitic nematodes that control fungus gnats biologically. A parasitic nematode is a type of microscopic worm that lives in the soil. These small worms are one of the safest ways to control gnats if you want to know how to get rid of bugs on plants naturally.

All you’ll need to do is apply 1 pack (sachet) per 5-gallon pot. The nematodes will then burrow into the soil and begin destroying the fungus gnats and any other insects living in the soil. The small worms enter the gnats through any small orifice on their body, and they will release a bacteria that destroys the gnat’s internal organs.

It can take 4 to 5 days for the nematodes to do their work, but they will remain in the soil for a long time which can help limit the risk of any future reinfestation of fungus gnats in houseplants potting soil.

You can also use Mosquito Bits (Buy Online) to control fungus gnats since they contain Bacillus thuringiensis var. israelensis, which is a bacteria that kills fungus gnat larvae. It is a highly-effective biological pesticide, and it’s safe for humans, plants, pets, and other non-insect species. It also won’t leave behind any harmful residues or toxic byproducts.

Hydrogen Peroxide is a very safe and effective way to control fungus gnat larvae. All you need to do is mix a solution of 1 part 3% hydrogen peroxide with 4 parts of water.

Wait until the top layer of the soil is dry, and then water your plants gently with the hydrogen peroxide solution. The soil will make a fizzing sound for a few minutes and this is completely normal. Contact with hydrogen peroxide will destroy the tender flesh of the fungus gnat larvae on contact.

Hydrogen peroxide should kill most of the larvae immediately, but you might need to repeat the process multiple times until you kill off all the larvae.

How To Get Rid of Gnats in My House

The following sections will be helpful if you want to know How To Prevent Fungus Gnats from becoming a problem. 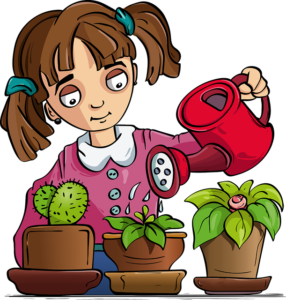 Fungus gnats thrive in moist soil, so it’s a good idea to let your houseplants dry out a bit between waterings. You can also use a Watering Globe (Buy Online) to keep the surface of the soil dry while still delivering sufficient water to the roots deeper in the soil.

Fungus gnats prefer to lay their eggs in moist rich organic soil so their larvae have something to feed on when they hatch. Sand is inert so it won’t provide nutrients for their larvae, and it doesn’t hold moisture as well as potting soil.

The best way to protect your potted plants from fungus gnats is to put a half-inch layer of coarse sand on top of the soil. This will stop the adult gnats from laying eggs, and it will prevent new gnats from emerging from the soil.

Fungus gnats generally prefer to live near the top of pots, but they can find their way into the soil through drainage holes. In order to prevent this, it’s a good idea to cover the drainage holes with a piece of impermeable fabric. Most synthetic fabrics will keep gnats out, while still allowing moisture to freely drain from the soil.

How To Stop Fungus Gnats Spreading to Other House Plants

Fungus gnats will spread from plant to plant if you don’t take immediate precautions. If you don’t act fast one infested house plant can infect all the other houseplants in your home in short order.

The best way to stop fungus gnats from spreading to your other houseplants is to separate the healthy plants from the infested plants. Quarantining the fungus gnat infested houseplants in an enclosed room where the gnats can’t escape is a good first step.

Then you want to start treating the infested plants immediately. You should also put traps on the uninfected plants to catch any adult gnats before they can lay their eggs in the uninfested soil.

It’s also a good idea to be careful about spreading the larvae from plant to plant on any gardening tools or when watering.