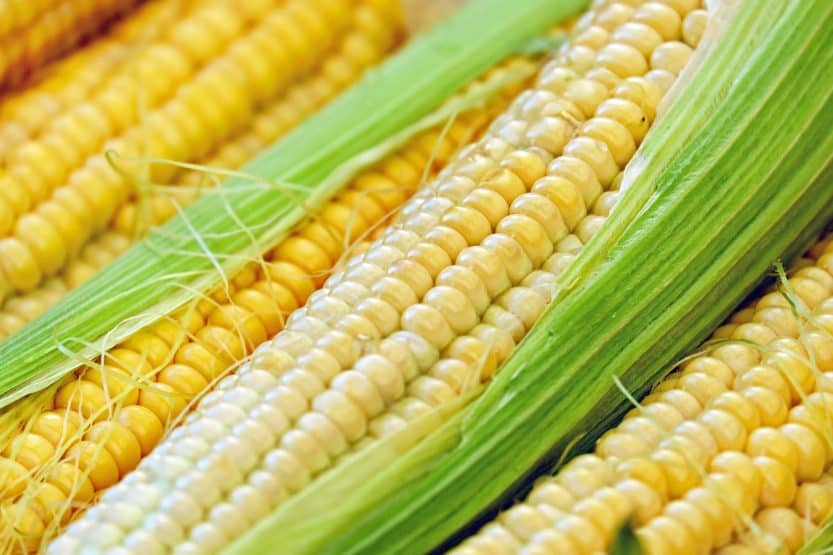 Corn is a summer staple that thrives in a warm climate with very rich soil. Most often grown in home gardens for fresh eating, some varieties of corn are suited for producing corn flour. Sweet corn, usually eaten as corn on the cob, has been bred to have a very high sugar content.

Flour corns, such as dent or flint corn, are usually very high in carbohydrates and make an excellent calorie crop to add to your garden. Sweet corn tends to have fewer calories than flour corn, making flour corn the best choice if you are growing corn to feed animals. Both types of corn grow in similar conditions, with some pure flour corns preferring slightly drier conditions so as to prevent mold.

Dent and flint corn, on the other hand, are more resistant to mold issues and can be grown in most climate conditions. For the most part, choosing a corn variety comes down to your planned use and personal preference.

When Should I Plant Corn?

The best time of the season to plant corn seed is after all danger of frost has passed and the soil temperature is at least 60 degrees Fahrenheit (15.5 C). If you are growing corn in an area that has a very short growing season, you can start your seeds indoors. Make sure your corn has a 90 to 100 day growing season.

If your season is shorter, then start the plants indoors in heated seed trays (Buy Online) up to 2 to 4 weeks in advance of your last frost date. If you do start your plants indoors, make sure they get access to adequate light to prevent them from becoming leggy and weak. Most locations have a sufficiently long growing season to grow corn to full maturity, so it’s best to just directly sow the seeds as soon as conditions permit. 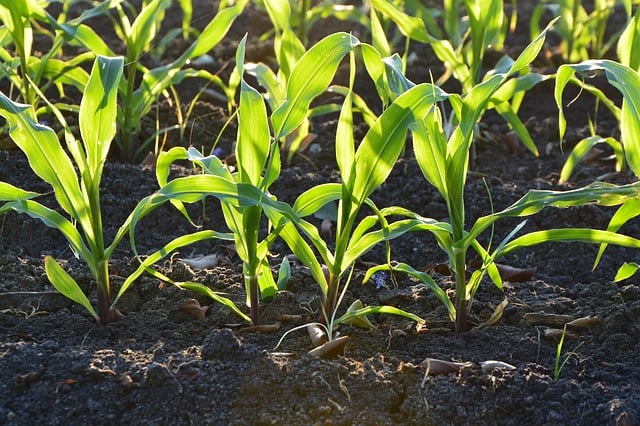 When selecting a site to plant your corn, be aware that corn needs full sun and soil that is very fertile. Corn uses a lot of nitrogen throughout its growing season, so planting corn where a legume crop was previously planted is strongly recommended. You can begin the preparation of the soil up to a month in advance of planting by turning a liberal amount of compost into the soil.

If you have not previously grown a nitrogen-fixing crop or fertilized the area, then add a high-nitrogen fertilizer to the soil about a week before planting.

Corn is a wind-pollinated crop, which means it should be planted in blocks rather than rows. Taking this into consideration, you should plant your seeds at a depth of 1.5 inches (3.8 cm), while spacing them 24 inches (61 cm) apart.

If your seeds are old or you have soil that tends to crust, you can plant up to three seeds near each other, in order to get an even stand of plants. Once you have planted all your seeds, water the soil deeply.

How Often to Water Corn After Planting?

For the first week, after your corn seeds have been planted, you should water every day until you see the first signs of germination. Thereafter, corn requires anywhere from 1 to 1.5 inches (2.5 to 3.8 cm) of water a week. Early on in the season, you will need to make sure weeds do not overcrowd the seedlings. 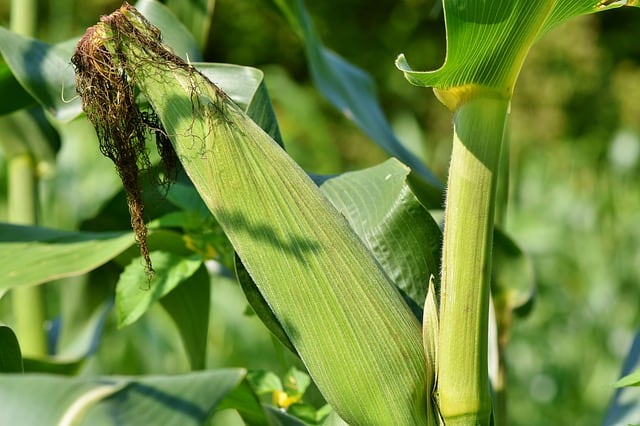 The corn plants will require regular fertilization, every two weeks, with a high-nitrogen fertilizer. You can either top dress the soil with a time-released fertilizer (Buy Online), or if you are seeing significant yellowing of the leaves, it is best to apply a fast-acting, liquid fertilizer, in order to quickly rectify any deficiencies.

Corn plants that are nutrient starved early on in their development will provide an inferior yield, so care should be taken to stay on track with a regular fertilization regime.

When your corn plants are young, they will be relatively resistant to insect damage and disease. As they mature, however, they can become more susceptible to insect damage, especially one such insect that is quite common: the European corn borer.

Signs of infestation are marked by small holes in the stalks of your plants; and, if this problem escalates, it can weaken the plants and lead to broken stalks. The European corn borer can be treated with Bacillus Thuringenisus (Buy Online), but in most cases, the problem stays below levels of concern.

Once your plants begin to drop pollen, be careful not to water the tassels, as this will wash the pollen away. Another concern with watering is when the cobs start to form, as care should be taken not to get the cobs wet, in order to limit any mold growth inside the corn husk.

Choosing when to harvest your corn has to do with the variety you planted, as sweet corn is harvested throughout the middle of the summer, while flour corn, such as flint or dent corn, is usually allowed to dry on the plant into the early fall.

When is Sweet Corn Ready?

When you are deciding the right time to pick your sweet corn, you will notice that the tassel is no longer producing pollen, and the corn husk is almost fully formed. You can pull open the husk and pierce the first few kernels; and if you see a milky fluid emerge, then it is the optimal time to harvest sweet corn.

Sweet corn is best eaten shortly after it’s removed from the plant because the sugars will quickly convert into starch. If you plan on storing sweet corn, you can strip the kernels from the cob and freeze them for later use.

When is Dent Corn Ready to Harvest?

With flour corn, allow the plants to completely turn brown and dry out before harvesting the cobs. The cobs should be as dry as possible, and you should avoid harvesting on a wet day, in order to prevent mold in storage. The best way to store flour corn is to remove the dried husks and keep the kernels on the cob, which should store in a cool, dry place for up to 3 years.

How To Germinate Pepper Seeds Fast

How to Grow Tomatoes at Home

How to Grow Pear Trees